Dj Kiss Keeps you updated in some News in The Hip Hop World! 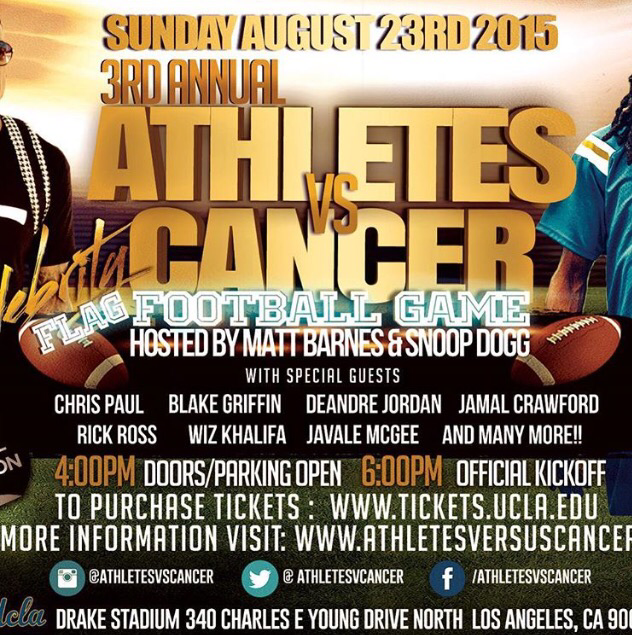 Its debut nearly doubles “Straight Outta Compton’s” budget of $29 million in a single weekend, meaning the film could be among the most profitable releases of the summer. N.W.A members Ice Cube and Dr. Dre helped produce the film about the early days of gansta rap and were integral to its marketing campaign.

Universal, the studio behind the music biopic, has been having a year for the ages, as a steady stream of hits such as “Jurassic World,” “Fifty Shades of Grey,” “Pitch Perfect 2,” “Furious 7” and “Minions” have pushed its grosses to record heights. Legendary Pictures co-financed “Straight Outta Compton.”

“Straight Outta Compton’s” success overshadowed the weekend’s other new release, Warner Bros.’ “The Man From U.N.C.L.E.” The stylish action-adventure wilted at the megaplexes, bringing in an etiolated $13.5 million from 3,638 theaters. That’s a particularly rough start considering that “The Man From U.N.C.L.E.” cost a sizable $75 million to produce.

The revival of the 1960s television show had been stuck in development hell for nearly as long as N.W.A’s members have been making records, attracting the interest of stars like Tom Cruise and George Clooney and directors like Steven Soderbergh and Quentin Tarantino at various points. The modish version that ultimately made it to screens was directed by Guy Ritchie and stars Henry Cavill and Armie Hammer.

Time may have hurt “The Man From U.N.C.L.E.’s” appeal. The picture struggled to attract younger crowds unfamiliar with the original show and indifferent to the Cold War flareups it dramatizes, as 86% of the opening weekend audience was over the age of 25.

“Guy Ritchie made a terrific picture, but unfortunately it didn’t catch the audience this weekend,” said Jeff Goldstein, Warner Bros. distribution executive vice president. “We know the older audience doesn’t come out on the first day, so hopefully they will find the movie over the next couple of weeks.”

Universal domestic distribution chief Nick Carpou labeled “Straight Outta Compton” as a “labor of love” that benefited from being dramatically different from the kind of films flooding cinemas in recent months.

“The public was ready for something with a bit more substance that they could identify with,” he said.

The film’s opening weekend crowd was 52% female, 51% under the age of 30, 46% African-American, 23% Caucasian, 21% Hispanic and 4% Asian. It did not play in Imax or 3D, but did score in premium large format locations, where it grossed $5.1 million, representing 9% of the film’s weekend receipts.

In second place, Paramount’s “Mission: Impossible – Rogue Nation” continued to get a lift from strong word-of-mouth, picking up $17 million in its third weekend. That brings the fifth film in the spy franchise’s North American haul to $138.1 million.

Fox’s “Fantastic Four” dropped steeply in its second weekend, falling nearly 70% from its debut and mustering a paltry $8 million. The film ranks as one of the biggest comicbook movie flops in history, having earned a meagre $42 million Stateside.

STX Entertainment’s “The Gift” rounded out the top five, earning $6.5 million this weekend and pushing its domestic total to $23.6 million.

In limited release, Sundance favorite “Mistress America” debuted to $94,000 in four theaters, representing a modest per-screen average of $23,500. The comedy about a college freshman (Lola Kirke) who falls under the influence of a wacky Gothamite (Greta Gerwig) was directed by Noah Baumbach and was snapped up by Fox Searchlight before it even screened at the indie festival last winter.

Final numbers are still being tallied, but it looks as though “Straight Outta Compton” will bolster ticket sales over the year-ago period when “Teenage Mutant Ninja Turtles” and “Guardians of the Galaxy” were drawing the biggest crowds.

With her new album on the way, Selena Gomez unleashes new single “Good For You” featuring A$AP Rocky

Clearly summer 2015 wouldn’t be complete without an anthem from Afrojack, so here is “SummerThing!” featuring Mike Taylor on the vox as the new solstice begins. It’s “not a love song” which means this one goes out to all those summer flings. It’s made for radio pop, but at times you can still hear that Afrojack influence, mostly during the “drop” if you can call it that. Look out for some heavier remixes as early as… tomorrow?

I Just wanted to thank everybody that came out and that supported my Video shoot for Superhero ft. Iyaz produced by AfroJack. It was a very HOT day andjust wanted to really thank the crew! Eric Sorenson (Blvd Supply) my manager Steve Lobel and Thomas Deelder...Thankyou for putting this all together for me!!

Donald Sterling of The Clippers accepts Dr.DRE'S 1Billion $ Bid to Won the Team!

LOS ANGELES ??? ???I wish Pac was here to see me become a billionaire, buy my own NBA team then ban Suge Knight from all home games??? Said Dr. Dre during a press conference announcing the new ownership of the Los Angeles Clippers. Dr. Dre and business parter Jimmy Iovine bid $1 Billion to acquire the Los Angeles Clippers moments after adding $3.2 billion dollars to their bank accounts for selling Beats Audio to Apple. ???If Donald had on beats headphones he coulda heard that girl recording him??? Said Dr. Dre jokingly after getting the news that Donald accepted his offer of $1 billion cash for the NBA???s Los Angeles Clippers. Dr. Dre says not much will change for the Clippers except for all players will required to wear Beats headphones and Donald Sterling along with Suge Knight will not be allowed at any Clippers games.

The Forbes List Just Changed In A Big Way, Dr. Dre Celebrates Being A Billionaire Dr. Dre CharityIt was just a matter of time, but it has come way quicker than expected. With the official acquisition of Beats By Dre by Apple Inc. just being announced, Dr. Dre has become the first hip hop mogul to break the illustrious Billion dollar mark. Reportedly the House that Steve Jobs built have brought the mega headphone company for $3.2 Billion, which officially cements Dre as the richest man in the rap game. From Compton to every Penthouse. In the video below, Dre is seen celebrating the announcement with his close friend Tyrese. Everyone in the room seem justifiably excited and a little tipsy (way too many Heinekens were consumed). Congratulations to the Doc, we look forward to seeing what he is up to next. Get ready for the Forbes list to undergo a remarkable change.

Summer season has returned and 50 Cent is in full effect. Backed by a band and new DJ, mixtape veteran Chubby Chub of the Heavy Hitters, 50 hit the stage at KSFM 102.5 Live Concert in Sacramento, California and since he was around their way, he called on E-40 and Too $hort to join him for their 2010 collaboration “B*tch”.

50 Cent is making his presence felt as his new album Animal Ambition approaches. From social media to behind the mic at your favorite radio station the newly independent artist is making sure that this project doesn’t get missed.

This summer, 50 will also return to Hot 97′s Summer Jam after a nearly ten year absence

Presents a form of R&B that's been missing for a while. Between the hazily disconnected sounds of the Weeknd, or the more the soulful approach of Frank Ocean, the harder, more hip hop-influenced sounds of the genre have been left relatively vacant. August is more than willing to fill that gap, and his gifts both as a songwriter and a vocalist give him a good edge on anyone else coming up right now. "FML" matches him with Pusha T, and presents him with a melodic, but still hard-hitting instrumental to demonstrate his fresh style over.

50 Cent may just leak the entire Animal Ambition project before its release date. The latest of many pre-release tracks find 50 in similar territory to what we've heard from the project so far-- which is to say he's utilizing the strengths he's had since day one."Hustler" may be one of the strongest cuts we've heard from him in this cycle however, with Fif delivering a particularly catchy hook, and scored by a smooth synth line that's countered with a punchy bassline.

Ab-Soul has always been one of TDE's most consistently impressive emcees, but his debut album doesn't seem to be set in stone just yet. No matter what, we'll definitely get one or more projects from the rapper at some point this year, and "Tree Of Life" is a good indicator of things to come.Merging his contemplative nature with some confident flows, the rapper keeps fans wanting more on his new record

Fans are more demanding of artists than ever, always expecting material to hold them over between projects. While Logic prepares his debut album, he's decided to drop some new bars (something that probably comes pretty easily to him) for his loyal fanbase.

An technically impressive ode to his fans, "While You Wait" is built off of a nostalgic soul sample, while Logic aims to inspire and thank his supporters

Future's Honest just arrived this week, but it first surfaced as a stream early last week. While the world rejoiced when they learned they would finally hear the follow up to 2012's Pluto, fans were ultimately left with the bittersweet reality that the Andre 3000-featuring "Benz Friendz" was not part of the package.

Luckily, the single showed up a few days later, with even more anticipation than ever-- and the track lived up to the hype, more or less. More of an Andre track than a Future track, "Benz Friendz" is the most up-tempo cut from Honest, it's soul sample recalling that of "International Player's Anthem". If anything, it gives us a better perspective on what a new Outkast project will sound like, but also reminds us of how important Fewtch's Dungeon Family routes are to who he is as an artist.